"You wonder when he will arrive, and you wonder even more when he leaves..."

David Jarre has been a professionnal magician since he was 20. Thousands of performances have taken him around the world and have helped him build his reputation as one of the great magicians of today.

On the streets or in palaces, for anonymous crowds or celebrities, David has perfected his technique and mastered the art of captivating any audience and improvising in any context.

A man of his time, half-gentleman half-rogue, David has an irresistible way of taking your hand with audacity, blending his personality with the artfullness of his magic. David Jarre is part of that very select circle of unpredictable, singular talents, those who cannot be labelled or made to fit into any given shape.

"What I love about magic is that it challenges our notion of logic, it teases the template of our beliefs, in the same way that a drawing of Eischer might play with our perception of reality."

David started magic when he was 10. The trigger to his passion was seeing perform Polish magician Michael Konieczny, known as Vadini.

"I was fascinated by the atmosphere he was able to create and how he managed to capture everyone's attention. With his magic, he had a poetic way of making us believe that another form of reality was possible." 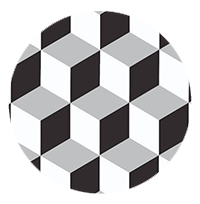